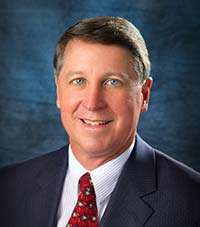 Scott is an author of numerous reports on state policy matters and has served on many advisory commissions addressing critical state issues. Scott formerly worked for The Times-Picayune in New Orleans and Baton Rouge, where he was an award-winning journalist for political, business, and investigative reporting. He was also an associate director of a national security policy organization in Washington, D.C, and has served as a member of the U.S. Commission on Civil Rights Louisiana State Advisory Committee.