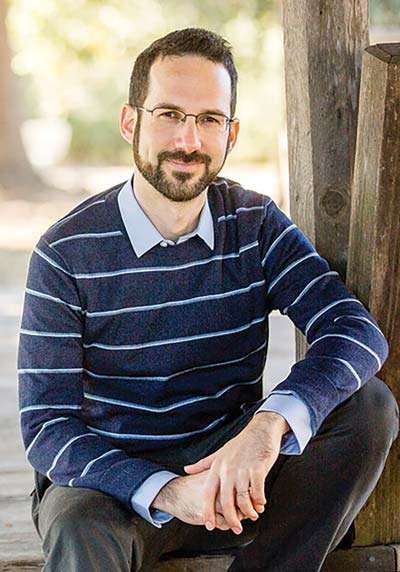 If you or someone you’re close to has a chronic medical condition, then you probably understand how it can alter the course of your life. Both my research and my experience as someone afflicted with severe tinnitus and hyperacusis affirm the challenges of communicating what it’s like to have either condition. These are subjective experiences, which are hard for others to understand because they cannot observe physically or measure objectively the extent of your suffering.

There is a great need to support people through painful life transitions, including those caused by disabling medical conditions such as bothersome tinnitus and hyperacusis. It is also crucial that people with tinnitus and hyperacusis have tools to translate the subjective experience of enduring these conditions to healthcare providers and researchers so they can get better care. This is no small part of why, when I came across it, I instantly believed scale construction methodology and psychometrics could help communicate the experience of audiological sensitivity and tinnitus into a more concrete frame of reference for healthcare providers, family, and friends alike.

Since the third grade, my life had been about playing and teaching music all around the world until the pain and extreme discomfort of tinnitus, hyperacusis, and hearing loss put an end to my career. For more than 20 years my tinnitus and hyperacusis gradually worsened to the point at which I saw no clear pathway forward in music or teaching, and realized I needed a new occupation. After attending several continuing education classes in psychology, I felt I had found my next career and applied to graduate school.

I set out to specialize in research and practice aimed at helping those with tinnitus. Before my classes began, I established an ATA-affiliated support group in Los Altos, California. This was a formative experience that shaped the research I ended up doing for my dissertation and beyond, as there is nothing so impactful as hearing people’s stories firsthand. I came to appreciate the strength, resilience, and wisdom of those affected by tinnitus, as well as the dire need for better solutions and understanding of symptom diversity. I also learned that I am one of the most severe cases many people have encountered, and that because my symptoms fall at a particular intersection of tinnitus and auditory sensitivity, it can be quite hard for others to understand my challenges — both socially and professionally — and when seeking medical care.

As I began my doctoral program, I felt guided by a sense of mission to bring greater awareness to the experiences of patients with tinnitus and hyperacusis and their various subtype manifestations. A part of this comes from my own experience of not being believed and of being dismissed by people who consider themselves experts, even as I began to present internationally, win grants, and publish my own work. For example, a well-known researcher tried to convince me that my sound-sensitivity wasn’t “real,” told me that “the tinnitus wouldn’t be a problem if you could just reduce your limbic reactivity”, and refused to listen when I tried to explain my situation, the pain I experience, and just how many interventions I had tried (including close to 20 years of mindfulness practice).

Many people in online patient support groups have similar stories. Even though there are similarities among the stories of people with tinnitus, every individual is obviously different. Harm can be done when, for example, a practitioner suggests someone stop using hearing protection altogether when hypersensitivity is a factor — if there is underlying damage to the hearing mechanisms of the ear, a more vigilant level of protection may be necessary.

Current intervention models aren’t designed to differentiate various subtypes, and many people I have seen in clinical practice and support groups have felt dismissed by their providers by being lumped into categories they don’t fit in. Many have also been hastily diagnosed with mental health problems as the underlying issue for their auditory problems, which has fueled mistrust of psychology that at times, as a researcher, has been directed at me.

An issue many people with tinnitus and hyperacusis report is that practitioners commonly equate stress and anxiety with the disorders themselves. This includes the notion that if you simply fix the anxiety, the tinnitus will stop being a problem. Indeed, I have helped to facilitate a significant reduction if not disappearance of initial onset tinnitus symptoms by addressing the stress and anxiety that come with it, but many instances of tinnitus and hyperacusis (mine included) do not fall into this category. For example, even at times when my stress level is near zero, the tinnitus and sensitivity can still be severe, and vice versa.

Speaking as a practitioner, we need to listen more, understand the unique situation of each patient, and provide interventions that best support the individual. For example, available and popular interventions, including cognitive behavioral therapy (CBT), are great for many but just don’t help enough for some. Whatever skills and short-term interventions can help should always be offered, but they aren’t always enough for everyone. In many of the more debilitating cases of tinnitus, the level of impact, distress, and necessary life transitions involved goes way too deep to only track cognitions, emotions, and behaviors.

A greater understanding of tinnitus heterogeneity, or diversity, especially with regard to comorbid conditions such as hyperacusis, is necessary. The nature of medical research is such that to get the clearest result, having fewer confounding variables is preferable. However, that’s not how it works in the real world — individuals come seeking help with their full complexity and diversity of concerns. I think a better understanding of the various manifestations of tinnitus subtypes will assist audiologists and other clinicians to know which treatments will work best for each particular set of concerns.

The same thing applies to hyperacusis, and for that matter to mental health concerns — experiences of depression or anxiety rarely occur without other contextual factors, and even the definition of what constitutes symptoms can be largely subjective and vary person to person and culture to culture.

As a psychologist, the work I’m most proud of so far is that I created, statistically analyzed, and published a psychometrically valid scale for hyperacusis, using data from 450 participants from all around the world. Until I completed the Index of Hyperacusis Symptoms (IHS — admittedly, a play on the International Horn Society acronym, a bow to my earlier career), hyperacusis lacked a clinically viable measure. Since its publication, there has been a fair amount of international interest about this scale.

Additionally, I’ve done a lot of research into the type of tinnitus that I experience — sometimes called “reactive.” I’ve labeled it “sound-sensitive” tinnitus due to the enduring quality of tinnitus exacerbation, and I also created and validated a scale to measure for the presence of this subtype, called the Sound-Sensitive Tinnitus Index.

In my clinical practice, I work within a relational-integrative framework, considering the context of biopsychosocial factors, and applying my understanding of the neurophysiological impact underlying many forms of distress to support individuals through life challenges, and persistent psychosocial hardship. On the basis of my clinical experience and research, I believe this approach holds promise for supporting individuals for whom CBT is ineffective, or simply not enough.

Unfortunately, many individuals fall through the cracks in current clinical research models, including many of the most afflicted. For example, if a clinical trial shows positive results in 80 percent of participants, it is considered wildly effective, but I think this perspective is flawed in actual practice — my attention goes to the 20 percent of individuals for whom the intervention did not work, and I want to know more about their experience and what can be done to help them. Considering the prevalence of tinnitus, that could be millions of people.

Whereas most interventions follow a fairly standard protocol, I’m grateful to have learned a clinical approach that is flexible and that can be adapted to the needs of each individual.

Although my life continues to be hindered in substantial ways by tinnitus and hyperacusis, I believe strongly in the work I’m doing and am excited to continue my research and advocacy. For all of us who are desperately awaiting a cure, I sincerely hope that real relief may be on the not-too-distant horizon.

Benjamin Greenberg, PsyD, is a licensed psychologist in independent practice in Athens, Georgia. As a consultant, he frequently contributes to original research on health-related issues and psychometrics. He completed his postdoctoral fellowship at Boston College and his doctoral residency at California Pacific Medical Center in San Francisco. Greenberg received an ATA grant in 2013–14 for the “Development and Validation of the Sound-Sensitive Tinnitus Index.” He can be reached via email at: bengreenbergpsyd@gmail.com or through his website: www.bengreenbergpsyd.com