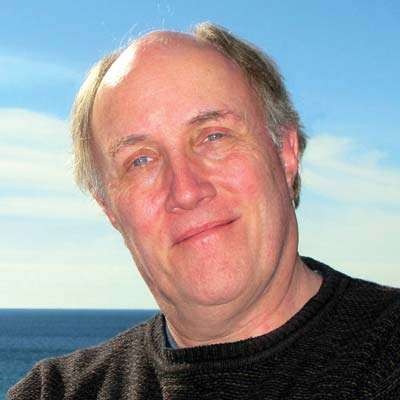 If you’ve lived with tinnitus or hearing problems for long, you’ve probably tried a number of things to remedy the situation. I recently turned to something that I had never imagined as an option: a personal sound amplification product, or PSAP.

I suddenly found myself in the market for a PSAP when both my hearing aids started having trouble about the same time the coronavirus was spreading across the United States. The hearing aid for my right ear had almost no function, making conversation a struggle, while the control button for the left-ear hearing aid got stuck, leaving me unable to lower the volume. With the shutdown causing some businesses to close their doors permanently, I was afraid to send them in for repair, fearing I’d never get them back. Since they were shy of three years old, my insurance company declined to pay for replacements.

In the midst of this, my tinnitus had spiked and everything sounded harsh and distorted. Prior to the shutdown, I had foolishly gone to a movie with blaring sound without earplugs. This sound was different from the high-pitched tones I’d been hearing and had managed pretty well since developing tinnitus about 15 years ago.

Yes, I knew about PSAPs but had never considered any over-the-counter devices because I worried they might do more harm than good. My wife, however, was tired of me saying “What?” every few minutes, and the spike was driving me crazy. When my audiologist told me it wouldn’t hurt to try a PSAP, I turned to the internet to research my options.

There’s a vast number of choices, with prices ranging from less than $20 to several hundred (and unless the website says otherwise, they’re usually sold individually, not in pairs). Most are designed for people with mild to moderate hearing loss; however, you will find some aimed at people with severe hearing loss. Some reviewers swore their PSAPs worked better than expensive, professionally fitted hearing aids. Other reviewers were emphatic that they did not, writing “DO NOT BUY. NOTHING BUT TROUBLE.”

I settled on a Walker’s HD Elite, which fell in the middle price range and had mostly five-star and four-star ratings on Amazon. It has a mic, battery compartment, and simple volume control, along with a plastic sound tube and a set of domes and foam earpieces (similar to earplugs). The product manual says it boosts high frequencies with 50 decibels of power, while protecting the user’s hearing from loud noises “such as muzzle blasts.”

Compared to what I’m used to, these are low-tech. But they work for me. Though they’re not calibrated to my specific hearing loss, they boost the frequencies that need it most, which makes a big difference in my quality of life. Right away, watching TV and talking to my wife became normal again. (She says the PSAP saved our marriage.)

My tinnitus is better too. The distortion caused by exposure to loud sound in the movie theater faded, allowing me to listen to music without cringing. To be clear, I’m not suggesting the PSAP cured that, but I believe it facilitated the process by providing the amplification that my failed hearing aids could not. My only complaint is that the domes and earpieces don’t fit my small ear canals well.

Though PSAPs are not my long-term solution, they have filled a need at a difficult time without damaging my hearing as I had feared they could. Until I can be fitted for a new set of hearing aids, I’ll keep using them. If you think PSAPs might be right for you, talk to your doctor and/or audiologist before buying something, do your homework to understand what they can and can’t do, and be sure they won’t harm your hearing.

Dave Swan is a writer, editor, blogger, and former broadcast journalist. He experienced mild, occasional tinnitus for a number of years before it became constant in 2005 for reasons that are unclear. He and his wife live in Atlanta, where he’s a member of the Atlanta Tinnitus Support Group.