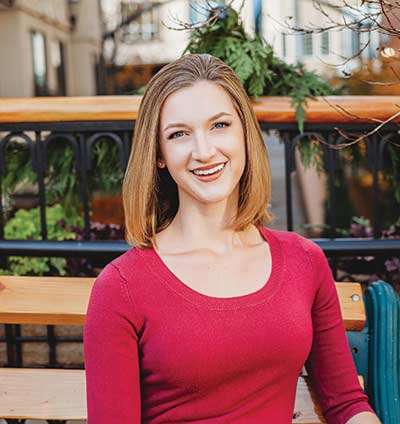 I can’t believe I’m writing this.

Even now, the idea of me doing this is shocking. Up until about a year ago, I couldn’t even see the word “tinnitus” without a spike of fear going up my spine.

Every time I saw that word, I was thrown back to Clemson, South Carolina, standing in the hallway leading to my bedroom. I remember the smell of a lived-in college apartment, the springy carpet under my ratty sneakers. It was February 2014. I’d just finished a solid workout, and I was about to hop in the shower and get on with my day when…

It happened. Many of you know what I’m talking about. Both ears. Medium pitch. Relatively quiet.

The rest is a rush and painful to think about. It comes in flashes of memory that still make me feel sick, even years later. I remember the animal panic that short-circuited my mind as the hissing ring in my ears picked up and continued, lingering like an unseen alarm. What was happening to me? It was so bizarre and unexpected. I couldn’t process it. Something very delicate and very sharp had snapped inside of me.

My friends were in class. My family was hundreds of miles away.

It was the most alone I’ve ever felt in my life.

I always feel odd saying that — guilty, even, because I think of all the worse things that can happen to a person. But I know tinnitus isn’t as simple as that — it can rob someone of silence and attacks their quiet time, their sleep, their conversations. For some, it’s like a train roaring in their head without end. For me, although my tinnitus is relatively quiet, it preyed upon something that I was already dealing with in my life: anxiety.

I’ve always tried to control the parts of life I can — to make the world a little less uncertain and scary. But tinnitus was like the personification of my anxiety, the ultimate test — I couldn’t control it. I’d done nothing to trigger it. It could get worse over time. And there was no cure.

After the initial shock came doctor’s visits filled with waiting rooms smelling vaguely of disinfectant. Each appointment featured cool, plastic instruments inserted into my ear. My shoulders would shoot up to my neck when I felt the scratch against the shell of my inner ear, fearing the slight tampering would make my tinnitus worse.

At first, I wanted a solution. I prayed the doctor would step back and say I had an ear infection or some bizarre allergy that prompted the tinnitus. Either way, the doc would present a cure.

After several different doctors, a perfect hearing test and some well-meaning suggestions for vitamins that didn’t help, it became clear I wouldn’t get that cure I was looking for.

Each visit ended the same way. The doctor sitting back on his wheeling stool, slightly crushed by years of use. His expression was flat, but his tone was always reserved and light, like he was an ice cream parlor employee about to tell me they were out of chocolate.

He didn’t know what caused it. It could’ve been a jaw issue or a low-grade ear infection. He wasn’t sure.

Even after I realized a cure wasn’t going to happen anytime soon, I still searched for a doctor who would understand my emotional struggle and lend an understanding ear regarding my own ears. Unfortunately, that didn’t happen — whether it was because I chose the wrong doctors, or because I’m a young woman, or something else entirely, I’m not sure.

At the time, I was the only person I knew who had chronic tinnitus. I could only get so much support from my friends and family at the start, so, after I failed to find professional support in my “real” life, I went online. Unfortunately, my first foray into the online tinnitus community wasn’t the American Tinnitus Association website, which is filled with accurate information and resources to get help.

Instead, thanks to a mixture of morbid curiosity and misguided intent, I found myself on random internet chatrooms for people affected by tinnitus. They were filled with concerned friends and family members, and sufferers themselves, fraught with terror. Every message was helpless and scared, sometimes mentioning suicide. The worst-case scenario, it seemed, was the only scenario in the world I’d stumbled into.

It was like peering into the future, discovering my inevitable fate. My anxiety fed into this rhetoric like a flood. Would that happen to me? Surely, it would. I’d already developed chronic tinnitus at age 20, what chance did I have?

I finally quit my “research” after my mom talked some sense into me, but the damage was done. Every time I happened to see the word “tinnitus,” a cold rush of terror would come over me, and I was back in that hallway. Every loud noise — the bang of pots and pans, a car horn — was a golden opportunity for my tinnitus to get worse. To put it bluntly, I was a mess.

And then, slowly, I became less of a mess.

I wish I could pinpoint the exact moment I started sleeping soundly through the night, or the first time a motorcycle roared past me and didn’t leave me worried the rest of the day. Small victories like those came and went, but they all came from the same place. I started habituating to my tinnitus, and I realized something.

This wasn’t a passive recovery. After several months of sleepwalking through life, I knew I had to wake up. I had too much to do at the time and too much I wanted to do in the future. I had to finish college, follow my dreams into the world of broadcast journalism, find a cute apartment in some faraway city and some equally cute guy. I couldn’t control my tinnitus, but I could control how I responded to it.

I started seeing a therapist who specialized in tinnitus, a commitment with a 45-minute weekly commute in rural South Carolina. We talked about coping mechanisms, treatment options, and how my anxiety magnified my tinnitus. How when I drank alcohol, my tinnitus got worse — and when he imbibed, his tinnitus went away. I saw that therapist for a relatively short time, but I walked away in a much better mental and emotional state.

I opened up to my family and friends more. My mom was there for every late-night call, every weepy worry, and dash of uncertainty. When I went to a concert with my friends, earplugs in hand, they made sure I was comfortable as we got closer to the front of the stage.

After I finished therapy, I bought a book on anxiety, and I knew I had to commit to managing my anxiety, as well as understand how tinnitus affected it. I chose to manage my anxiety through my lifestyle. I started exercising again and caring about what I ate. Slowly, I felt in control again, like the world wasn’t going to crumble around me at any possible moment.

But, the last thing to go, the last bastion of my terror, was my fear of the word “tinnitus.”

About a year ago, now on the other side of the country and working for a local television station, I went to the gym for a quick workout. On my way to the treadmill, I passed a rack of magazines. Like a bizarre superpower, I sensed the word immediately, front and center on a glossy magazine cover.

The familiar fear made me feel like I was sinking under water. Even in the gym, of all bizarre places, I couldn’t escape it. It was almost funny.

I was almost tempted to pick it up, but I wasn’t ready yet.

And that’s why I can’t believe I’m writing this article — because four years ago, even one year ago, it would’ve been impossible to relive my trauma so many times or become so intimate with the word “tinnitus”. I would’ve broken down on the first sentence.

Now, I truly feel like a stronger person having gone through and survived such a traumatic personal event. Even though my tinnitus still makes me anxious sometimes, I’ve built up the self-care skills to manage my anxiety.

My friends, family, and boyfriend are still the main people I go to when my tinnitus gets tough. I exercise regularly and try to stick to a healthy diet, despite my love for Mexican food and doughnuts. I keep myself busy with creative projects, work, friends, and family. When quiet time is no longer literally “quiet” time, I find it better to keep active and engaged.

In the past, I’ve considered the word “habituation” as something negative — living with something, resigning oneself to it. But now I realize that’s not the case. Habituation means going through something you thought would ruin your life and emerging from it with the realization that you can survive and flourish, despite the challenges. For me, it’s returning to my hopes and dreams for the future and making them a reality, despite the added struggle of tinnitus.

I’m not going to lie — bringing back these memories is still challenging for me. The pain has softened over time, but it’s still there. Even so, writing this article shows me how far I’ve come and how hard I’ve worked to come out of my diagnosis mentally and emotionally stronger.

Everyone’s story is different, but this is mine. And if I can convince one person that they can survive, work towards feeling better, and end up okay four years down the road?

Writing this article was worth it.