Tinnitus Enters the Quiet Sanctuary of the Library 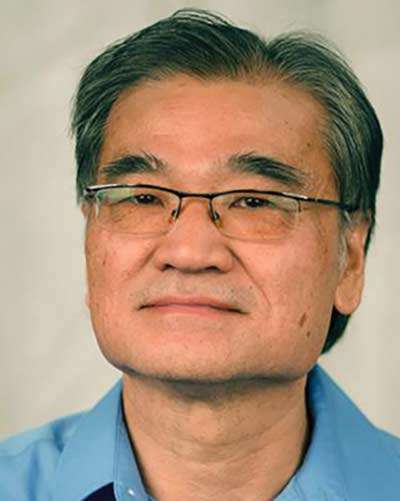 I’ve been an academic librarian with Pennsylvania State University Libraries for decades. While libraries have evolved into “data centers,” reflecting rapid advances in technology and how information is accessed, the library remains a sanctuary for silent study and contemplation. For years, I have worked and thrived in this quiet environment.

However, on a Sunday night in late 2014, a loud sizzling sound suddenly erupted. At first, I thought the sound was coming from the television but then realized it was in my head. It persisted into the evening and followed me into my library office the next morning. What puzzled me was how the sound changed over time. Sometimes it was a loud tea kettle whistle, which would wake me abruptly with a jolt. Sometimes the sound resembled the chugging of a steam locomotive barreling through my head.

I understood immediately that I was in trouble and sought medical help. I explained to the Ear, Nose and Throat (ENT) doctor that the sound began suddenly, I had no history of neck or head injuries, and I hadn’t been exposed to loud noise. The ENT performed a cursory exam and gave me a clean bill of health. Nonetheless, I was overwhelmed by the noises and desperate for some type of relief from the doctor. Instead, I heard the one dreaded sentence that all those with tinnitus loathe: “You have to get used to it.” Making matters worse was the heartless comment, “I’ll show you where to pay your bill.” I left the office and sat in my car, contemplating the quickest way to end my life.

Over the next few months, I visited otolaryngologists at Johns Hopkins Hospital and the Cleveland Clinic. Although the medical staff were knowledgeable and understanding, they couldn’t offer me any medical, surgical, or pharmacological relief. After my hospital visits, I began experimenting with different tinnitus management techniques, thinking I could find some type of solution. I tried yoga and meditation, with little effect. My dentist reassured me that I didn’t have temporomandibular joint (TMJ) dysfunction, which sometimes causes tinnitus. I visited chiropractors and physical therapists to no avail. All the while, my tinnitus was like an ominous shadow growing larger and larger.

Tinnitus was negatively affecting all aspects of my life, particularly my work as an academic librarian. One of my duties that I particularly enjoyed was working one-on-one with students and scholars, helping them with informational needs. With my tinnitus, however, the sound and intensity were so erratic that I could barely help anyone. A major portion of my job description was teaching classes to undergraduate students on how to find information. On days when my tinnitus was severe, teaching was extremely difficult, especially managing the classes, answering questions, and taking a leading role in important conversations.

It was hard to participate in online meetings with other library faculty because their voices were reduced to mangled, electronic screeches. My sense of frustration and helplessness was compounded when my tinnitus flared up while I was giving a presentation to the entire faculty of librarians at the academic library where I work. In midsentence, the volume increased so loud that I couldn’t hear myself speak. I stood there feeling humiliated, not knowing if I was being understood by my peers or being heard as a babbling child.

I seriously considered resigning, but I was fearful that leaving my job would only deepen my problems since tinnitus would fill my every waking moment. I decided to increase, not decrease, my professional tasks to keep myself distracted from the sounds. I had to constantly remind myself that my worth was not dependent on my inability to perform tasks I had previously done well; but, to persevere at my work to the best of my abilities.

To maintain my determination, I had to find ways that would soften my noisy world. I had tried many techniques over the months but nothing was sufficient. A major breakthrough happened when I discovered I could mask the highs and lows of the changing noise with various mobile apps downloaded to my smartphone. Using earphones, I played the sound of waterfalls, rain, crackling fire, wind, and even white noise to mitigate the distressing sounds and, to a certain extent, lessen their dominance over me. At night, I slept with white noise turned up in the background.

When my tinnitus was less intrusive, I made the most of that quieter time to work, talk with students and colleagues, and plan my projects. My greatest concern was that my tinnitus would prevent me from teaching my undergraduate classes. To get a handle on that, I  restructured my teaching to limit my lecturing time and include more group work among students. As they talked with each other, I could adjust myself. Sometimes it’s as simple as finding the right place to stand in a room, with my back to a hard wall, to catch the echoes of their voices as they speak.

One of the most important things I learned was that tinnitus was not a condition I had to be ashamed of. It took a long time for me not to feel less of a person or inferior because of the roaring noise between my ears. My tinnitus was so present in my life that I couldn’t conceal it. I informed my supervisor and colleagues about my situation, and was surprised by how supportive many of them were and their willingness to accommodate my limitations because of the tinnitus.

Tinnitus has caused me much pain and suffering, and I would give anything to be rid of the constant thrumming, hissing, and squealing in my head. However, having tinnitus gave me a chance to reevaluate my professional life. Without the added barriers, I would not have developed the deeper appreciation I have of myself and the reassurance of my worth as an academic librarian. In that sense, when I decided to work with my “disability,” I proved to myself that my worth as an academic librarian could not be diminished by tinnitus.