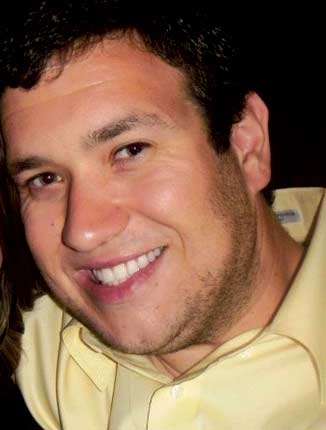 It seems like it was just yesterday that tinnitus entered my world, but it started about eight years ago, when I was in college at West Texas A&M. I was trying to decide my major when I noted the ringing in my ears. When I finally realized it wasn’t going away, I made an appointment with the closest ENT specialist I could find.

I’ll never forget as he took a quick look in both ears, shook his head, and said, “It’s just tinnitus, and you’ll have to learn to deal with it, just like everyone else.” It took a few days for that to sink in, and it was the first time I ever truly questioned a medical professional. That conversation left me utterly discouraged. I couldn’t believe that was the only answer that could be given. We live in a world where there seems to be a solution for everything, so why not this?

After a few weeks of sleepless nights, and countless hours researching tinnitus online, I committed myself to finding relief through an action plan.

Step 1: Finding a Physician Committed to Helping Me Find Relief.

I met two physicians in person and called five more until I found someone I thought could help. This was the first doctor who could answer my list of questions about tinnitus, instead of responding, “Let me get back with you.” However, the main reason I chose him was his willingness to call ahead to speak with doctors to whom he was referring me to deal with my tinnitus.  That meant I knew the next doctor I was heading to see wasn’t going to say, “Just deal with it.” I knew I was meeting people who offered treatment options and ideas that potentially could help me. Finding that key doctor who was willing to be my advocate with other healthcare professionals was a gamechanger.

Step 2: Relearning How to Focus.

My tinnitus was so severe that I developed insomnia, which led to intense fatigue and depression. I had to get my life back on track to be able to pass my college courses; otherwise, my future was in jeopardy. I turned to a therapist, who my General Practitioner had suggested, and developed a stress-management plan for coping with tinnitus. Within a week of that appointment, I was enrolled in boxing classes to deal with my anger and yoga classes to help with relaxation. I went on to learn breathing techniques and meditation, as well as martial arts. After all these years, the meditation, yoga, and breathing techniques are my most powerful tools for dealing with my worst tinnitus days.

I no longer could endure complete silence, so I made sure that I had fans running in rooms throughout my house, my car radio was always on, and white noise was constantly playing on the earbuds I wore throughout the day. I also set limits on where I would go, so I could get a handle on the tinnitus. That meant staying away from loud places, such as sporting events, concerts, and many restaurants or bars. That put a lot of strain on my relationships with friends and even family. People thought I was a recluse, when in fact I was in survival mode. Everyone kept telling me to use earplugs, but earplugs simply amplified the sound of my tinnitus, making the situation far worse. Very few people understood my situation, which was hard.

I wrote down everything, at the encouragement of my therapist, to better understand my tinnitus. I figured out what foods triggered spikes in my tinnitus and how many hours of sleep I needed to quiet it. In time, I created a lifestyle that enabled me to function at a high level and keep my tinnitus at bay. It was still there, but it wasn’t as severe, and I had some control over it. Once I understood my tinnitus and got a handle on it, my journal became a source for me on bad days for seeing what I had overcome. It also provided a space where I could process and communicate my feelings about tinnitus more effectively.

At a certain point, I understood I had done all I could do to protect my hearing and my sanity. Yes, I had tinnitus, and the damage was done. Modern medicine isn’t at the point where it can fix tinnitus or reverse the damage. So, what can I do? I have to learn to live with the situation and the quirks that come along with it to keep me going. I still don’t like complete silence, but I can manage it. I still don’t frequent bars, concerts, or large sporting events. Even though I love shooting pool, music, and sports. I’ve lost friendships and relationships along the way, but that’s just life. What I’m trying to say is that I keep going, and I don’t let it bog me down. No, it isn’t easy, but it does get better.

I was familiar with hearing disorders, because my grandmother had vertigo along with tinnitus but didn’t know the name for it. She just told my mom how much trouble it was causing her. Turns out my mom did quite a bit of research; when I told her about my ears ringing, she said it was called tinnitus. We didn’t discuss the American Tinnitus Association until after I called her following my first ENT appointment. I was upset and angry that the doctor had given me no hope and advice to “just deal with it.” My mom reassured me by saying there was an organization called the ATA that I needed to look up when I got home.

By the time I got around to contacting the ATA – about five years after getting tinnitus – I was in a good place. I reached out, because I had a goal to help the tinnitus and hard-of-hearing community. Having both conditions, I was shocked that I had never seen a shirt depicting the conditions I faced. So, when the opportunity arose to get into the apparel business, I was ready. I figured it would be an awesome way to raise awareness and provide funds for researching cures for hearing loss and tinnitus.

My motivation comes from my grandfather, who always told me to find ways to help others. He was active in the Rotary Club locally and nationally. He was one of 12 people chosen to raise funds for the PolioPlus Campaign, which took him to various corners of the world to give motivational speeches and raise donations. Knowing that his efforts were changing society for the better changed him. Living in a small town, he constantly told me that the only thing keeping me from changing the world were my self-imposed limitations. Our serious conversations always ended with him saying, “One day, a chance to serve will come your way, and it will fill your heart. When it happens, don’t think about it. Give all you’ve got and make a difference in this world. I know you have it in you.” So, when I realized the ATA didn’t have apparel, I discovered I could fill that void and help raise awareness and research funds.

My vision with Tinnitus Tees is promoting awareness to the general public about tinnitus, providing people with the vocabulary to describe the ringing, buzzing, hissing, and whooshing in their ears and letting them know there’s support and research going on to help understand and eventually cure it. Hundreds of millions of people around the world deal with it on some level. The condition hits people of all ages and races. We each can make a difference educating the public so people know what tinnitus is, the options for treating it, and how people can prevent getting it.

My long-term goal is getting a tinnitus T-shirt in the hands of everyone who has it, as well as their loved ones. Every day, I read online about people who want a cure. I want one as well, but I also feel the need to shift the conversation to get the message out about what tinnitus is exactly. We have to come together and share our stories with the world, so tinnitus and hearing loss can get the attention they deserve. Imagine the dialogue if just one percent of the population with tinnitus wore tinnitus T-shirts on a given day!

Jake Alford is the founder and lead designer of TinnitusTees.com, an apparel company dedicated to raising awareness of tinnitus while supporting the American Tinnitus Association's core purpose of promoting relief, preventing, and ultimately finding cures for tinnitus. Feel free to contact him at jakealford26@yahoo.com.