A Vibrant Life with Tinnitus 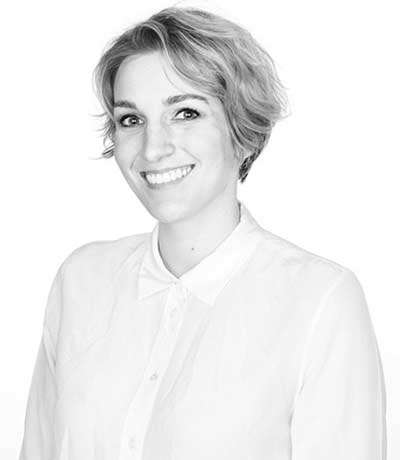 Right now, I’m sitting inside my mother’s house looking out the window at her garden. As I do, my tinnitus whistling and whirring away, I see a connection between this verdant landscape and me. Just outside the window, there is a little tree, and it’s dying, a slowly fading part of a radiant, living garden. But though its top branches seem sparse and tired, a bright green sprout proudly blossoms from its base, something new born out of something waning.

I have had tinnitus since April 13, 2013, a little over five years. Like my mother’s tree, I like to think that out of this sound that once seemed a death sentence to me, something new, unexpected, and beautiful has grown up in its place. I feel the load has been lightened, emotionally and physically, since my tinnitus started. Having come through the darkest parts of this experience, I can see all the good that has come into my life because of the way I eventually chose, and learned, to react to tinnitus.

I think using that word, choice, is so important. Surely, at the beginning, I felt powerless, I felt that I had no choice, or that my choices had led me to tinnitus and so I needed to blame myself. My every moment was pregnant with anger, self-pity, even some level of self-loathing, and, more than anything, profound despair. Especially in those first weeks and months, the whole world seemed to be wrapped in a black haze. My life on the other side of that April day seemed so rosy and easy, so intangible. I wondered how on earth this had happened. How could I live or have a relationship? How would anyone understand? Passing by people on the street, I bitterly and longingly thought, “They don’t have tinnitus.” Which, of course, I couldn’t know, and heaven knows what other horrors they may have been dealing with, but that was my initial reaction to the trauma. I felt deeply and completely alone.

And I was alone. Surely, people cared about me, and that was essential, though I didn’t see its full value at the time. However, tinnitus was my battle to fight internally and I would have to come out of it by myself. I had to make the choice to be happy again. I had to feel ready to try to be happy again. I didn’t know how that was going to happen, but eventually, and somewhat mysteriously, things turned out.

At first, I struggled against the condition. I tried every vitamin, prescription, and treatment. I visited doctors, therapists, and surgeons of various specialties. I wandered from acupuncture to hypnosis. Truly, with the exception of “The Tinnitus Miracle,” I tried it all. Living in New York City, I had access to everything and anything, but nothing could really help me in the way I wanted. I wanted a cure, I wanted it to be gone.

Clearly, as I am writing this, I still have tinnitus. I’m not sure the sound has changed much, though if it has, it is softer and lower. Mostly, I think I’m habituated to it. Tinnitus has become part of my silence; it isn’t gone, I can still hear it, but it doesn’t emotionally or physically derail me as it once did. I wish I could lay out some kind of path for others to walk, but I think the experience is different for everyone. In the beginning, trying almost every treatment gave me a sense of purpose; I think I needed to fight it so that I would know later that I had tried everything. So, everything “helped” in making me ready to let go of my anger and despair, though nothing technically “worked” to cure my tinnitus.

When I felt ready to try to be happy, when I stopped struggling, I was able to embrace changes in my life that I hoped might help me live with tinnitus, even if they wouldn’t cure it. I think different things help different people, but these were the most instrumental for me:

Perhaps seven or eight months after my tinnitus started, something began to change. If you have learned a second language later in life, that’s the closest thing to which I can compare the experience of habituation. A while back, I lived in France for a year, and at first everything was difficult, but at some point, things just started to make sense. I felt myself clearing little “hurdles,” though I wasn’t sure what I was doing, exactly, to arrive at or get over those hurdles. Later, habituating to tinnitus felt similar. In France, I made the effort to learn my verb conjugations and struggle through conversations; with tinnitus, I made the effort to be good to myself, to meditate, to go on with my work, schooling, and friends, but it all felt foreign and difficult at first. I had to learn all over again, in a different way, things that had once been normal and easy. In both cases I put in effort—conscious and subconscious—and, mysteriously, my brain and body filled in the blanks and aided my efforts. I don’t think I could have sped up the process, though I think I could have slowed it down had I been harder on myself or more focused on my misery or listened for every change to my tinnitus. I am so in awe of my body. For many, habituation can seem so mysterious, but it’s a process that happens in life all the time—it’s just hard to imagine with tinnitus, given the toll such a condition takes.

When my tinnitus began, I was as close as I have ever been to wanting to leave the world. As a classical singer, sound and silence are especially dear to me, and I think the emotional connection I have to sound made my adjustment to tinnitus that much more difficult. My panic and anxiety and hopelessness were severe, sleep eluded me, and food tasted like cardboard. I couldn’t work or see any way to live life with this condition. Worried for me, my mother flew 3,000 miles from California to take care of me. All of this is to say that I started from a profoundly dark place. Looking back on that desperate young woman almost brings me to tears, but I would tell her that there is life beyond that despair. Things can be good again even though it seems impossible. Life probably will not be the same again, but it can be as good, or better, if different. I truly believe that.

Looking forward, I feel this wonderful sense of purpose. I’m an artist and designer, and I want to use my skills to bring more awareness to this condition. My tinnitus was noise-induced and it happened because I simply did not know to protect my ears the way I protect my head when I ride a bike or my skin when exposed to sunlight. I want to make protecting ourselves from tinnitus as normal and as widely known as those habits. I think there is a gap in awareness about tinnitus that can be filled by the beautiful, meaningful, and inspiring stories of individuals with the condition. I think we can share caution while still spreading hope. Though fundraising for a cure is absolutely needed, I can add more to the world by nipping noise-induced tinnitus in the bud, especially with teens and young adults, by advocating for prevention. I feel I can make awareness beautiful. For those of us who have tinnitus, I hope to spread light and show that life can still be wonderful with tinnitus. Being in a position to take on these projects feels like such a blessing to me, and it’s one result of this experience, among many, many others, that I’m thankful for. It is the new growth that has sprung forth on my fading tree.

In my efforts to nurture this, I recently ran a Kickstarter campaign for Seen Feast, an event for those with tinnitus and their loved ones that was to take place in New York City. I had invited an art therapist and a cognitive behavioral therapist to speak about evidenced-based approaches to living with tinnitus and to run short workshops. Mostly, the event was meant to help those with tinnitus, and those who love them, to feel less alone and to build a positive experience around an invisible and painful condition. Kickstarter is all or nothing, and Seen Feast was not fully funded. However, it was backed by strangers from Hawaii to France, none of whom could attend but all of whom wanted to see this event happen for others. Through the campaign, we spread the word about tinnitus to thousands and built a sense of hope just by offering something to our community. To me, that is a vibrant kind of success. I am committed to building positive experiences for the community. If anyone reading is interested in collaborating, I would love to hear from you.