Tinnitus Took Trudy From Perfect Health to Thoughts of Suicide 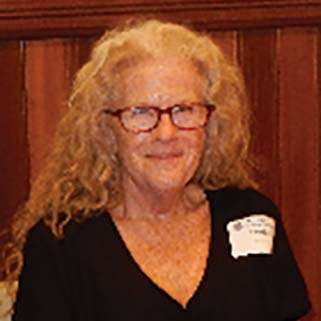 Let me start off with a bang: Tinnitus made me feel suicidal.*

I have always been the happiest person on Earth: no health problems, great job, lovely husband, and cute dogs. As a retired medical writer from the University of Arizona College of Medicine, I was involved with my retirees and alumni groups. Everything was wonderful.

Although I have had tinnitus for 30 years, it was never a big problem; it would come and fade. I never sought help for it. That was until (and I’m not sure why) it spiked a few months ago and began to completely devastate my life.

In the course of a couple of weeks, I became a “sick” person. The loud unrelenting screaming in my ears made me so anxious I actually felt like I was losing my mind. It was like walking around with two police whistles blaring all day. I would get up at six on a beautiful Tucson morning, look at the clock, and wonder how I’d get through the next five minutes, much less the next hour, and much, much less the rest of my life.

I began — to my own shock — to feel suicidal and did hours of research on the easiest and most sure way of ending it all. Then every day I would delete my browser history so my husband would not panic in case he saw it. I found there is no surefire way, that most of the time it fails and you are in a much worse place; luckily, I abandoned the idea.

The fact that at 66 I was basically “healthy as a horse” actually depressed me! I felt like if I had to live the rest of my life with this, I simply could not.

After about a month of extremely bothersome tinnitus, I began having terrible anxiety. I would wake up from horrible nightmares, having hot and cold sweats, with my mind racing, and even thinking nonsensical thoughts with words put together that made no sense. It scared the daylights out of me. I went to the ER a few times, only to be given a benzo and sent home. If you are not seriously suicidal when they ask, or you don’t tell them you are, they just don’t deal with it. I even went for an evaluation at a psychiatric hospital and was told: You’re not bad enough. We can’t help you.

I had new, scary symptoms every day. This was very unlike me and horrifying. My husband tried to do everything, looking up ENTs, doing research, because I was too frozen in fear to do anything.

I finally went to my doctor and went on Effexor ®, an antidepressant used for general anxiety and panic. The first couple of weeks were terrible — I got every side effect there was. Slowly, it began to improve. The doctor also had given me Adival™ for a couple months as a “bridge” until the meds kicked in. Those were lovely, but as you may know, benzodiazepines are harder to give up than anything.

Once I was off the benzos, I developed severe insomnia. I have always had trouble sleeping, even as a child, but it would not plague me for years at a time. Some people complain they can only sleep four hours a night; try getting no sleep for days (although, paradoxically, I wasn’t tired at all, but hyped up). This may have been from the Effexor ® or withdrawal from the benzos.

I tried sleep medication and never again — it was agony. I was surprised to find out how many common medications cause or worsen tinnitus! What’s a person to do?

I figured out how to sleep with tinnitus with the help of soothing sound: a white noise machine situated next to my pillow. All of a sudden, I loved crickets, as they matched the ringing and calmed it a bit.

After further hours of research, I came to find out that hearing aids with tinnitus maskers are a thing now. I was elated. I found a wonderful audiologist, and I’m sure I drove her crazy. She was very sensitive and responsive to me. She said she could hear the panic in my voice the first time I called.

When I went to get the hearing aids, we discovered I did indeed have some hearing loss. Because many noises hurt my ears, I thought I had superwoman hearing, but discovered instead that it is called hyperacusis.

The hearing aids, maskers, and phone apps are great, but of course there are still bad days when you can’t mask it at all. I am still trying to habituate.

I looked feverishly for a support group in Tucson, but sadly, there was not one in the state of Arizona! With all the retirees and older people here, I couldn’t believe it.

Things turned around for me the day I decided to start a support group, and ATA staff were very encouraging to me. The name I came up with is TATS: Tucson Arizona Tinnitus Support Group.

My severe and quickly appearing tinnitus was terrible, but, when I took action for myself and others, I felt like I had transformed something devastating and horrible into a positive. That has helped me immensely.

I’m not here to say “I’m sure a cure will come, there are many treatments,” and so on. I am only saying: “You are not alone in the way you feel; millions of people feel the same way. Never give up.”

By being honest with ourselves and each other, we can help each other cope with this terrible affliction and attempt to live our lives the way we did before the Demon T. kicked us good and hard.