Extreme Sports Didn’t Prepare Me for One Competitor: Tinnitus

Can’t Beat It? Befriend It 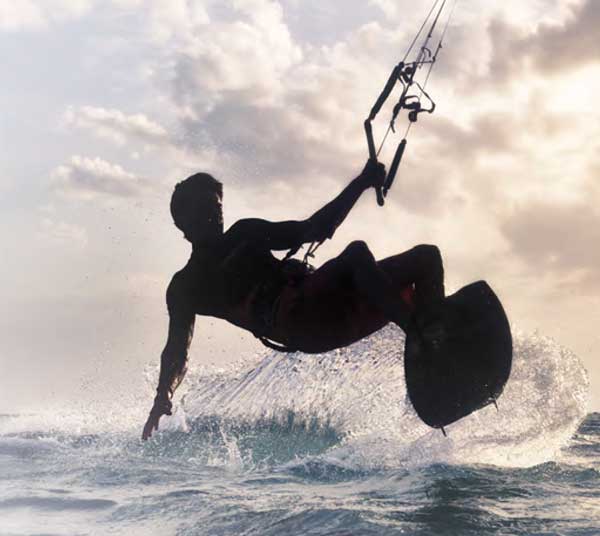 My journey with tinnitus and hyperacusis literally began as a wakeup call of horrible sounds in my head and dizziness so terrible that I could hardly walk the morning after a very hot day kitesurfing in Panama. The eardrum of my left ear had popped; it was like something crashed inside my head. I couldn’t hear in that ear, couldn’t balance. I had over-the-top tinnitus and extreme noise sensitivity. Added to the mix, my life was further enriched by 24/7 dizziness and later frequent bouts of vertigo, lasting for days.

Many years of extreme sports ended abruptly as I became an invalid hiding from sound. Constant tinnitus drove me to the brink, and my sound sensitivity was so acute I had to wear earplugs in the shower. Brain fog was sometimes so heavy I couldn’t even sign my name on a check. Each issue was daunting and—taken together—they made life seem hopeless.

I still had some grit refined by a lifetime of sports, which meant I was familiar with and accustomed to injuries, setbacks, recovery, and physical therapy. But when everything is focused in your head and you can’t think clearly, it all becomes unreal and quite difficult to deal with. I had never encountered something this daunting. Frustration and loss of purpose in life took over. I was a mess but fortunate to have an incredibly patient wife.

Desperate for solutions, I reached out to multiple doctors, but it wasn’t until two years had passed, when I traveled with my wife to Oregon Health & Science University (OHSU) in Portland, that things began to turn around. I met with a highly regarded research otolaryngologist for testing. Another physician put me on extreme bed rest in an inclined position to heal the inner ear. This lasted five months. Later, surgery alleviated head pressure. The vertigo attacks ceased, but I still had a list of issues. And the damage to my ear was done, so the tinnitus and noise sensitivity continued.

During this time, I slowly learned about tinnitus and hyperacusis. Portland, at that time, harbored some of the best in the business for treating and researching tinnitus at OHSU. Jack Vernon had started the first tinnitus clinic there, in addition to cofounding the ATA. I was able to converse with Jack and later with his successor, Billy Martin. Jim Henry, who headed the VA tinnitus research in Portland, conducted research among some of us who volunteered.

Through these extraordinary people, including other patients I met along the way, I became determined to get my life back. One thing was clear: The brain was involved in all of these issues. So, retraining my brain was my next challenge, but how?

Piecing together what I learned about tinnitus and hyperacusis, while borrowing a page from my days recovering from injuries with physical therapy and a brief stint with vestibular therapy, it seemed logical to use some of the same concepts of slow forward progress using repetition.

I analyzed each problem and addressed it individually, while recognizing the overall approach as similar. I needed to build a toolbox and fill it with tools to try to fix each issue.

But the real turning point was when I made a conscious decision to acknowledge tinnitus as a lifetime companion. I would make it my friend, as unpleasant as that might sound.

Think of it this way: You and one other person are shipwrecked on an island, with no hope of being found. The other survivor is really horrible, but you can’t run away and are stuck with this person for life. You have a choice: Continue to feel tormented by this person or make peace.

This is tinnitus for many of us.

I decided to make peace with tinnitus. And now “my friend” and I walk through life together. No matter where I am, we are together. And, just like any relationship, there are good days and others when we fight or don’t get along, but we are always together for the long haul.

To be sure, I need to get away from my constant companion at times, so I’ve developed ways to avoid it. But, when I need space, I don’t fight for it. I have found ways to be alone.

There are many tools to get away from “my friend” tinnitus when needed. Many articles are available to help; but this is such an individual situation, each of us needs to experiment on our own to see what works. Simplifying the information into one basic concept has helped me to develop tools that work.

The most important basic concept is that there are two primary ways to deal with tinnitus: masking and diversion. Masking focuses on alleviating the sound in your head using alternative sounds like white noise. Masking with the right sounds is very useful for alleviating stress, and there may be other benefits to explore, such as using sound for visual imagery or falling asleep. 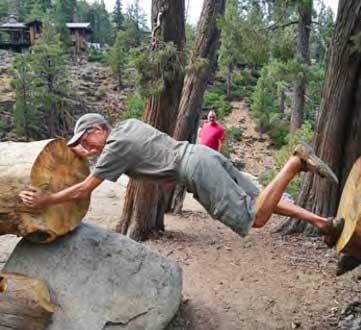 Diversion is exactly as it appears: Divert your brain to focus on something other than the sounds in your head. Over time, I have been able to use masking less and now focus 95 percent of my energy on diversion.

Here are some thoughts you may consider:

We all have our own situation, but each of us can find ways to live with this constant companion.

The singular most important change in my life with tinnitus was accepting the challenges and finding positive ways to overcome negatives. Not easy at first, but with time it gets better.

Perhaps you too—drawing on grit, support, your passions, your unique tools—can befriend tinnitus?