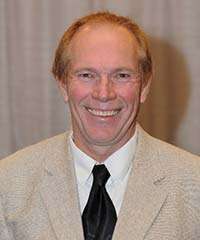 Dr. Tyler trained as a clinical Audiologist and then as a Psychoacoustician. He has worked initially at the Institute of Hearing Research in the United Kingdom and is currently a Professor in both the Department of Otolaryngology - Head & Neck Surgery and in the Department of Communication Sciences and Disorders at the University of Iowa.

He has been a visiting scholar in China, South Africa, Australia, Sweden, Poland, Germany, and France. Dr. Tyler has published articles on diagnostic audiology, on signal-processing hearing aids, and on auditory training. His main areas of interest include tinnitus, hyperacusis, and cochlear implants.  He edited a book, Cochlear Implants: Audiological Foundations, as well as several others on tinnitus, including Tinnitus Handbook, Tinnitus Treatments, and A Consumer Handbook of Tinnitus.

Dr. Tyler has served on several grant review committees for NIH, VA, DOD, and others. He sees tinnitus patients weekly, and hosts an annual Tinnitus and Hyperacusis Treatment Workshop every June. Additionally, he has served on committees for the National Science Foundation, the World Health Organization, the Department of Defense, the American Academy of Otolaryngology, and the Veterans Administration.