Why GABA may be one of the keys to understanding tinnitus

Thanks to a 2021 grant from the American Tinnitus Association, Prof. Dr. Pim van Dijk & Dr. Marc Thioux are investigating how the neurotransmitter GABA plays a role in tinnitus.

Certain medical conditions are associated with lower or changing levels of GABA activity, such as Generalized Anxiety Disorder and Parkinson’s disease. Animal studies suggest that tinnitus could also be the consequence of lower GABA activity in the auditory system.

Despite the potential important link between GABA and tinnitus, only two investigations on the GABA-tinnitus connection in humans have been done so far. Both confirmed that participants with tinnitus showed a reduction of GABA in the auditory cortex.

Prof. Dr. Pim van Dijk and Dr. Thioux's new project expands upon these investigations, reproducing them with a larger group of people. They use MRI and PET scans to measure GABA receptors’ function in people with and without tinnitus. Thanks to their high-tech scans, for the first time, the scientists will be able to measure the amount of GABA activity at the synapse. This may be the key to discovering a connection between GABA and tinnitus.

The result of this investigation could lead to new efforts in developing a drug to alleviate or prevent tinnitus. 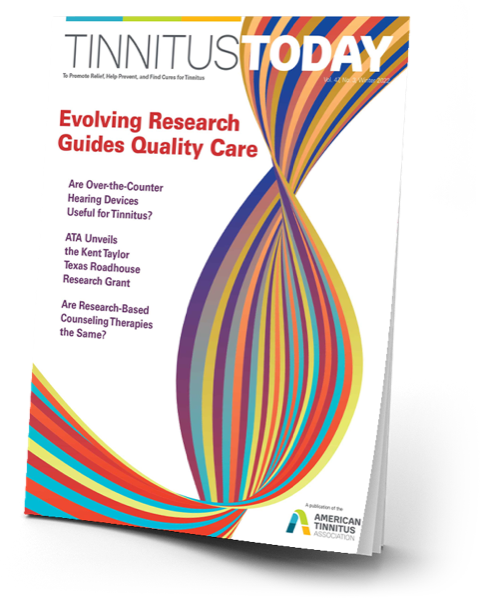