Tinnitus Treatment Began with a Demand to Take Action 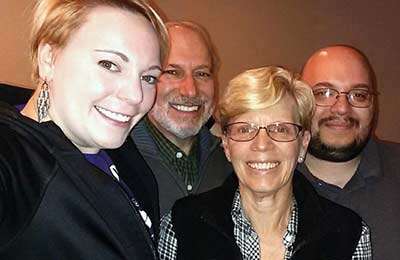 In March 2005, I woke up with an extremely painful earache in my right ear. My general physician treated me initially with an antiviral medication, but when the pain continued, he prescribed Naproxen® and Cyclobenzaprine®. Within days, a loud, high-pitched ringing began in my right ear, so much so, that I could hardly understand what people were saying to me. The medications were discontinued immediately, but the loud ringing continued, so I began down the typical path that most tinnitus patients travel, with multiple medical professionals telling me there was no cure and offering no suggestions that counseling might be helpful in learning how to cope with tinnitus.

I was sleep deprived for four months. “You’re anxious,” my doctor said, as he prescribed sleeping pills and antianxiety medications. I felt like I had to take them otherwise he wouldn’t see me anymore. I’m sensitive to medications – can’t even take Motrin® – so the side effects were awful, which meant I had to stop taking the pills. With the high-pitched screeching and two other sounds filling my head, I was miserable and exhausted from lack of sleep. I was referred to an ENT who said, “I feel for you, but I have nothing to offer you.”

Finally, my husband and a close friend confronted me about my steady decline and insisted that I take action. They told me I had to take control to get my life back on track! And truly, if you’re looking for someone to cure you, it won’t happen because you have to find what works for your particular situation. You have to invest yourself in finding the solutions. 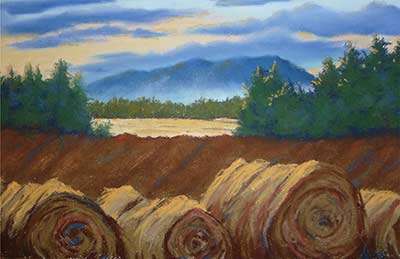 When I was going through this, I felt like people didn’t believe me. When I met people who had tinnitus, they didn’t want to talk about it because they said that made it louder. If the tinnitus were visible, that would make it real for other people.

I started my internet search on how to live with tinnitus instead of how to cure tinnitus. I found information on the American Tinnitus Association website and read articles about masking the sound. In fact, it was the recent article “Broadband Noise Is Still King” in the 2017 Winter issue of Tinnitus Today, discussing research that showed broadband noise shifts internal weighting of sound away from tinnitus resulting in lower tinnitus loudness, that prompted me to share my experience using my broken radio.

Commercial sound-masking machines did not mask my tinnitus, but I found a CD called Music to Promote Sleep, which was scientifically designed to calm the mind and facilitate deep sleep, which helped. By playing the CD throughout the night at full volume, I was able to get two to three hours of sleep.

I also researched medical reasons for tinnitus, thinking there was more to my story than an ear infection. One article in a medical journal addressed the connection between ringing in the ears and cervical vertebrae injuries, concluding with a recommendation for chiropractic evaluation. I had had a cervical injury in college, with the lingering effect being an occasional dull cervical ache. 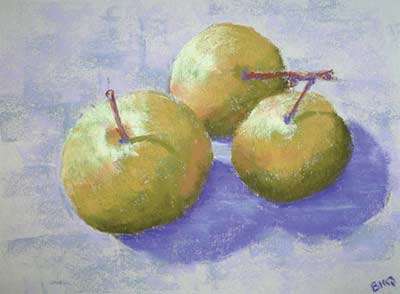 As a retired physical therapist, it was a great leap of faith to go to a chiropractor. Putting my skepticism aside, I made an appointment with a highly recommended chiropractor, who found cervical malalignments. Within two weeks and six visits, my deafening tinnitus was gone! I still had the lower-volume sound and the crackling noise of static, but I could finally carry on a conversation naturally. Moreover, the background sounds of a normal day masked my tinnitus. However, I was still struggling to sleep.

I finally figured out that if I turned up the volume on my old broken radio, the loud sound of static helped me sleep undisturbed for four solid hours! Within weeks, I was sleeping a full seven to eight hours nightly. Well rested, I finally felt in control of my life again and accepted that tinnitus would be a part of it.

After six months, I was able to lower the volume on the static. Within 18 months, I found myself lowering the volume to the point that there were nights I didn’t need the sound of static to sleep. Beginning in 2008, I no longer needed the noise to sleep, and the tinnitus in my right ear, which mirrored that sound of static, was minimal.

In 2018, I’m living a full life, but I don’t take it for granted that my tinnitus is under control. I focus on good posture and doing exercises for my neck. I use noise-canceling headphones at movies and concerts. And I always keep my broken radio handy and maintain my membership in the ATA.

I am thankful for the ATA for giving me hope, giving me information that put me on the right path to control my tinnitus, continuing to educate medical professionals, and supporting research.

Bethany Quattrociocchi is a retired physical therapist living in Delaware and a member of the ATA. She is involved in community activities, the local art league, her church, and loves to paint.