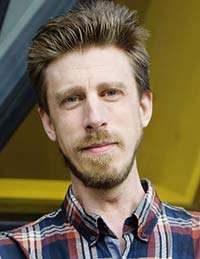 Christopher R. Cederroth received his PhD degree in 2009 from the University of Geneva, Switzerland, where he investigated the molecular mechanisms of endocrine disruption on sexual development, reproduction and metabolism. His PhD work was awarded both the national Endocrinology Prize and the Denber-Pinard Prize, and led to the creation of a start-up company in the medical food sector named Amazentis S.A.

In 2009, he moved to New York City as a Swiss National Foundation Advanced Fellow and joined the laboratory of Professor A. James Hudspeth at the Rockefeller University to initiate a study aimed at bringing tinnitus research to mice. In 2012, thanks to the Wenner Gren Stiftelse and the Nicholson Postdoctoral Fellowship, he joined the laboratory of Professor Barbara Canlon at the Karolinska Institutet to investigate the relationship between the circadian system and auditory sensitivity.

Dr. Cederroth has now developed an independent translational research axis at the Karolinska Institute focusing on hearing loss and tinnitus. More precisely, he aims at identifying factors implicated in tinnitus development in animals in humans, and to develop new objective measures of tinnitus.